Queens Parade in Willesden green | Meanwhile Foundation Skip to title Skip to main content
We gather anonymised analytics data on website usage unless you opt out.
OK Opt out 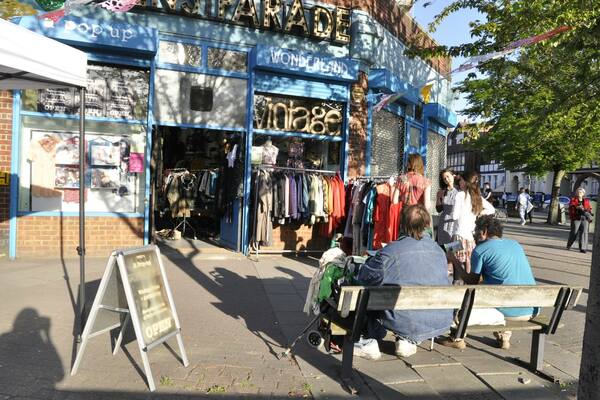 Queens Parade opened in March 2012, as an Outer London Fund project, offering local entrepreneurs the chance to occupy and run their own shop on the High Street. After 2 months of opening its doors, Queens Parade was voted by Time Out readers as one of nine best shopping locations in London. Its initial success kept on attracting local interest, but lack of regular shoppers was threatening the project survival.

As the funding for the project was reduced and stopped, The Foundation took on the project in early June 2016 to enable the project to continue and to stop the property from standing empty whilst it still awaits redevelopment. There are some fantastic start up businesses running from this space, and we are excited to be able to help keep this project continue it’s great work. We select interesting start up businesses who want to offer something new and exciting to the high street.

Here are some of the outputs recorded in the recent project reported completed in 2018:

- 7 out of 8 businesses owners are local to Brent council

- 5 out of 8 businesses has one or more employees

- 93% of employees are local to Brent

[email protected] Meanwhile Foundation is registered in England and Wales under charity number 1151901 and company number 08251662 at c/o Anthony Collins Solicitors Llp 134, Edmund Street, Birmingham, West Midlands, B3 2ES. We use cookies to improve your experience using this website.
Log in | Powered by White Fuse